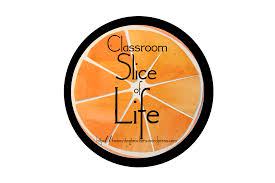 It was my first winter season. I, along with the rest of the guard, were excited to be able to perform our show for the very first time in front of our peers. It was my first premiere and I felt the rush of adrenaline flow from my feet all the way through my fingertips the minute we stepped off the bus.

We began with some warming up outside before entering the gym of a forgotten campus. I counted in my head, careful not to disrupt the others, but also focused enough to make sure I was where I needed to be. I followed the step sequence, moved to the clapping, and prepared myself for the most dreaded part of the show: the toss. I was an inexperienced freshman, a novice, who still wasn’t used to throwing a 6 foot pole over my head in the middle of the night, especially since winter competitions occur inside. But I also wasn’t a quitter. I knew I would be better off getting hit on the head rather than completely skipping one of the highlights of the segment. And who knows? Maybe if I used enough power, I’d catch it as if it were a feather, falling straight into my hands.

A gust of powerful wind aided me in lifting the pole high into the air, sending it right above my head. I needed to catch this, even if it wasn’t a strong catch. We needed to move on, and I didn’t want to be the reason why we couldn’t. I lifted my head high, looking for anything to grab, hoping nothing would hit the ground. Well, nothing hit the ground, but something did hit my face.

The glistening metal of the pole headed straight for my nose, and in that moment, I knew I was screwed. I closed my eyes and the tension I felt was gone. Then it slammed into the bridge of my nose and I started bleeding. It wasn’t as bad as I anticipated, but the recovery was ugly. It left me with two swollen eyes that had purple bags underneath them. 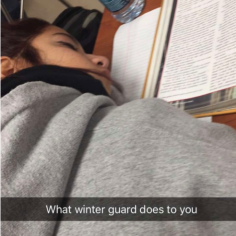 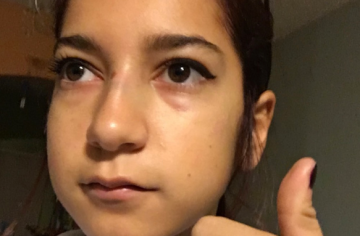 From then on, I vowed to move as far away as possible if I knew I wasn’t going to catch what I wanted to catch, even if it meant restarting and going back to the beginning.