Like most of the people who play League of legends, I have a character who I just enjoy  playing with and can dominate any given game with, but unlike many I have two that I always go back to when I play league. 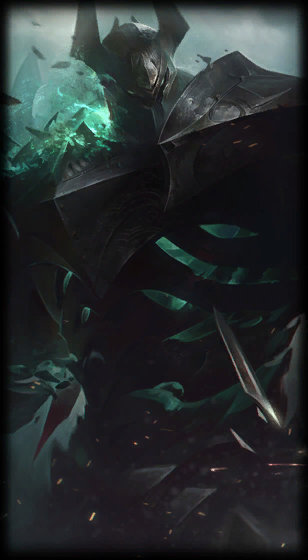 The first character I want to talk about is Mordekaiser. Mordekaiser is one of the first champions that I had played with and had reached level 5. I have to admit I wasn’t very good with him and really didn’t understand any of his abilities all that well, but I love how tanky and how I don’t have to worry about mana with him. Mordekaiser story is a bit dreadful as he is plenty evil living his days as a human spreading fear and pain to all those around him and ruling with an iron fist. His enemies eventually come to overthrow and kill him in the process, but death could not stop him as some evil sorcerers sought out his armor and bones to revive him. So for many centuries his cruel reign continue even when death claimed him, he was always revived. Although his story was pretty bad, he is a great champion especially his abilities can caused massive damage in the game.

The second  champion I will like to talk about is Olaf. Try not to confuse him with the snowman from Frozen but this Olaf is much deadlier. I find Olaf while I playing game using new characters and I just happened to choose Olaf. Due to my success in that game, I decided to use him more often, and I have not regretted it. Similar to Mordekaiser,  he is a very tanky kind of champion, but unlike Mordekaiser he is much faster than him allowing him to stock pile in kills which makes him more deadly. This is one of the many reasons I enjoy playing Olaf. Olaf is a full on berserker and goes on a full on frenzy on the brink of death allowing him to go up the strongest of opponents.

So if you ever play league, HERE ARE YOUR BEST TWO CHARACTERS YOU WIL EVER FIND IN THE GAME.