(Note: The previous post counted for both Friday and Saturday and the part dealing with the SATA drive is PC Project Update 5)

I’m a giant geek. And I’m not ashamed of this.

Yes, that is a Cassette Player with the label “WALKMAN WM-DCS15”. Yes, that’s the Guardians of the Galaxy Awesome Mix Volume 1. It’s fully playable and it’s one of the only reasons I got the Cassette player in the first place. During auditions for roles in Beauty and The Beast, I used this thing to help calm my nerves in between alongside just talking to my friends or just listening to the others.

The cassette player runs on either 2 AA batteries or an internal battery charged by a Micro USB wire. It sports an auto-reverse feature, so I don’t have to go all the way back to 1975 and flip the tape. It’s kinda hard to determine when I reach the next or previous song using the fast-forward or rewind buttons, but I got used to it. 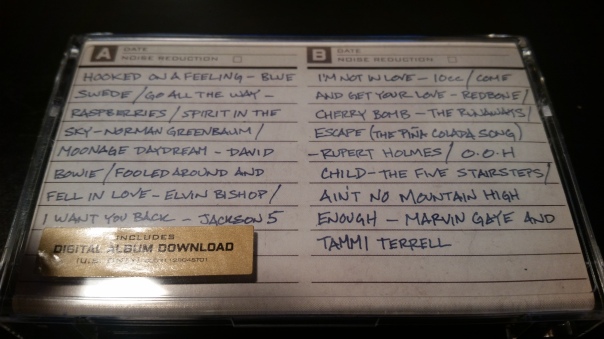 It’s the full song list from the tape Peter Quill/Starlord had in his Walkman, plus a few songs from the other tape his mom gave him. Plus, as the sticker says, a digital download is included. This functional replica/reproduction is not exactly the same type of tapes Sony had back then, but I could care less. 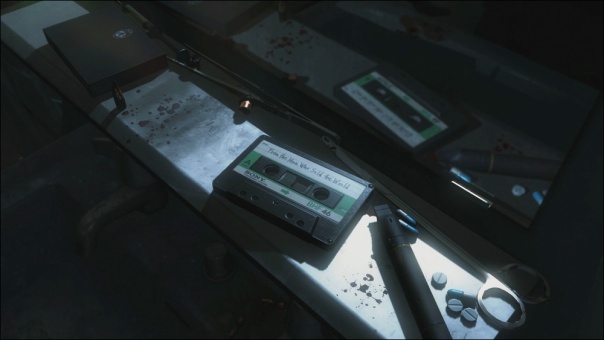 What I want to do is use the same Sony tape (shown above), the 1984 licensed track list from MGSV, and a cassette recorder is to replicate the tape Venom Snake receives at the end of the game. One side containing the recording “The Man Who Sold The World” gave to Snake and the other containing the tracks.