I actually have no idea when the next art of analysis is due. I’m not exactly sure what I did last time, or what poem I did it on. And that’s something I wanted to talk a bit about.

Now I know that the point of the assignment is for us to get more familiar with poetry, and make us think about a lot of different poems and meanings, but that’s rather hard to do. Out of all the art of analysis projects, I only remember two of the poems I’ve used. Only two of them were meaningful enough to stick in my head, the others I’m sure were okay poems, but I simply don’t recall anything from them. 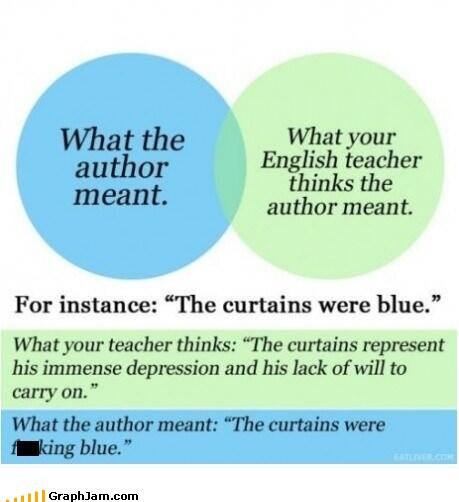 I remember the poem I wanted to do my first project on, I was ready to actually put a ton of work into, I was really into the whole meaning and style of the poet and everything. However, I was not allowed to use it because it was not from poetry foundation. I understand the reasoning behind this, as there are a lot of poems out there will little thought or art put into them, and poetry foundation generally has a good collection. But it is very hard to find good poems there, and when poems such as “Pluto f***s the universe” somehow make it onto the website, I have to wonder how they select their poems.

In short, there are a lot of forms of poetry out there that I kinda want to do an art of analysis on. If we could do them on less professional poems, or songs, or anything, it would be a cool change of pace. I fully understand if we never do, since that might be hard to explain when students come in trying to analyze Kanye West, but it would be a cool thought.